TCM’s star of the day is Fred Astaire, and my film pick for the actor is The Band Wagon, which airs today at 6:00 P.M. (EST).

In this backstage musical, aging Hollywood star Tony Hunter (Fred Astaire) returns to New York to revive his career on stage as his success in movies begins to wane. He’s excited to star in a Broadway show his friends Lester (Oscar Levant) and Lily Marton (Nanette Fabray) have written for him, until pretentious, artistic director Jeffrey Cordova (Jack Buchanan) is brought onto the project and begins to mold it into a retelling of the Faust legend. He also brings in prima ballerina Gabrielle Gerard (Cyd Charisse) as the leading lady, who clashes with Tony’s style. But after some trial and error, everyone learns to work through their creative differences to put on a successful show.

The Band Wagon was conceived by writing team Betty Comden and Adolph Green, who just the year before worked on another beloved MGM musical, Singin’ in the Rain (which also co-starred Cyd Charisse). While the Gene Kelly musical focused on the movie industry, this film focused on show business on the opposite coast. In writing the screenplay, Comden and Green drew inspiration from a couple of real-life situations. In the early 1950s, Fred Astaire was considering retirement just like his character, as he was reaching the twilight of his career. The screenwriters also based the characters played by Oscar Levant and Nanette Fabray on their own partnership, with the significant difference being their fictional versions were a married couple while they were not. Their work on the film was recognized by both the Writers Guild of America and the Academy Awards, earning nominations for their screenplay.

As previously mentioned, when Fred Astaire was making The Band Wagon, he was thinking of leaving his movie career behind after two successful decades on screen. His star wasn’t fading quite as drastically as his character’s, as he was still being cast as the lead in MGM musicals such as Royal Wedding, Three Little Words (for which he won a Golden Globe), and The Barkleys of Broadway, the latter being a Technicolor reunion with his most famous dance partner, Ginger Rogers. Though this film was a modest box office success, it didn’t put a stop to Astaire’s career by any means, as he went on to star in a few more musicals in the decade, including Funny Face with Audrey Hepburn and Silk Stockings with The Band Wagon co-star Cyd Charisse. Following the 1950s, his film career did slow down a bit as he got older but varied a bit more with some dramatic roles, including an Oscar-nominated performance in the 1974 disaster movie The Towering Inferno. But even in his older age, he proved he was still as energetic as ever, even busting out some moves at the 1970 Oscars ceremony (you can watch that here).

This film is a wholly entertaining look at what it takes to put on a Broadway musical, with all the mishaps that can be faced through all stages of production to put on a successful show. We also get to be a part of the film’s audience and experience the show’s numbers, including the “Girl Hunt Ballet” sequence, an inspiring, musical take on the film noir genre that has also since become one of Fred Astaire’s most influential dances. With direction under Vincente Minnelli, one of the most acclaimed directors of the musical genre, The Band Wagon is one of the best to come out of Hollywood’s golden age, and it’s certainly one of the best Astaire made throughout a career filled with so many adored films.

I wrote this as a part of the 2019 TCM Summer Under the Stars Blogathon, where bloggers are celebrating the channel’s honorees and movies playing throughout the month. Click the image below to read more posts! 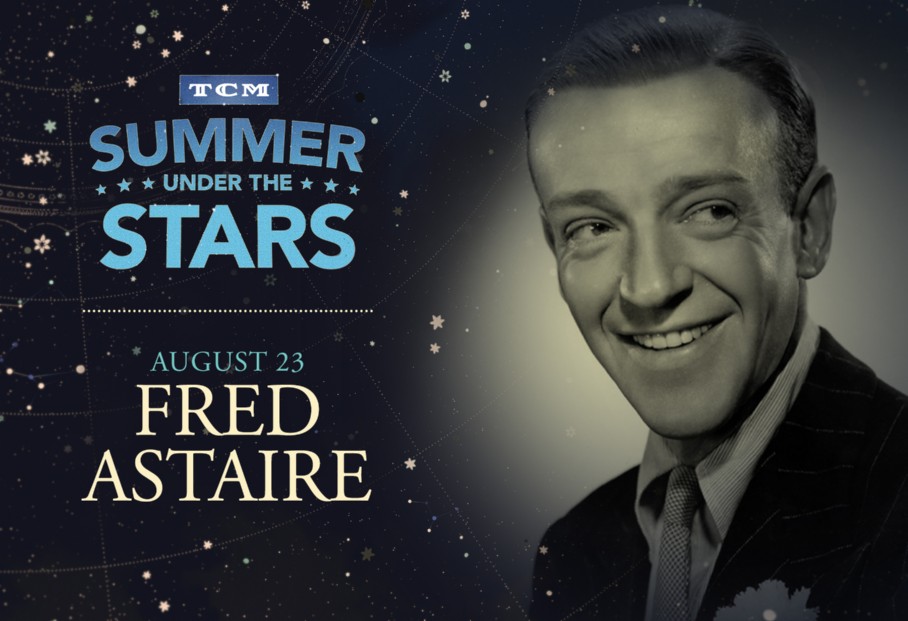