It’s been one year since I first starting participating in blogathons, so I thought I’d put together a little celebratory post. While I’ve been writing on this blog since January 2013, I mainly used it to log my monthly movie viewings and not much else. But after graduating from college last year, I finally had more time to write lengthier posts on individual movies.

Blogathons have not only been the perfect opportunity for me to write about certain movies, but they’ve also served as great exposure to other wonderful blogs. Basically, I’m glad I’ve been able to keep my blog active thanks to all the fantastic blogathons year-round, and I only wish I had time to participate in more. Anyway, without further ado, here’s a small round-up of my favorite posts I’ve written for various blogathons in the past year…

So the TCM Discoveries Blogathon was held on this day last year, and the blogathon is still one of my favorites I’ve participated in, I just love the idea behind it. And of course, I had a lot of fun writing about Vivacious Lady, the first movie I watched on TCM when I became an avid viewer of the channel.

The Criterion Blogathon was actually the first blogathon I ever signed up for. I was hesitant to take on such a huge topic, especially since I’d never participated in a blogathon before, but I couldn’t resist because I’m a big fan of the label. It’s definitely one of the lengthiest posts on my blog, covering every film noir found in the Criterion Collection. Since I made that post, Criterion has added two more well-known noir films: In a Lonely Place (my favorite in the collection), and The Asphalt Jungle, which will be released in December.

I loved the idea behind The Marathon Stars Blogathon, as there’s always an actor or actress I’m eager to discover. In this case, Denzel Washington was a huge blind spot for me and I’m glad I remedied it by watching some of his most acclaimed performances.

I practically jumped at the chance to write about Two for the Road for the May the 4th Be With Audrey Hepburn Blogathon, one of my favorite movies ever that I feel is severely underrated, especially in Audrey Hepburn’s filmography. My post here also features the most screenshots of any entry I’ve written dedicated to one movie; I just love the movie so much and couldn’t bring myself to cut down on the images.

Jacques Demy’s Most Delightful Musical: The Young Girls of Rochefort (1967)

The idea behind the Classic Movie Ice Cream Social Blogathon is really one of the most unique I’ve seen, and it was such a pleasant event to be a part of. As I write in my post, The Young Girls of Rochefort is the perfect combination of elements I love to see in a movie, and this tale of two sisters is one of my go-to movies if I want to escape my real-life worries.

The Barn-Raising Dance in Seven Brides for Seven Brothers (1954)

Whenever I watch a musical, I’m constantly fascinated by the choreography and love reading about the process behind such complex scenes. I really enjoyed reading the entries in the Gotta Dance! Blogathon, and I loved delving into one of the genre’s most famous dance scenes.

Olivia de Havilland’s 100th birthday was truly a great day for classic movie fans, how often do we get to celebrate such a milestone birthday while the beloved star is still with us? It wouldn’t have been the same without the Olivia de Havilland Centenary Blogathon either. Since I’m such a huge fan of the actress, I naturally couldn’t dedicate a post to just one movie of hers, and as I’m also a bit of an Oscar obsessive, writing about her five nominated performances was the best way for me to honor her. I’m even thinking of starting an actual blog series on Oscar-nominated performances next year since I had a lot of fun writing this post. 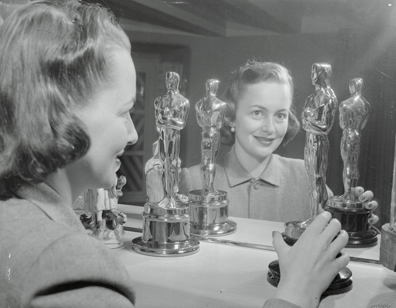 Olivia de Havilland and the Decision That Reformed Hollywood

The Classic Movie History Project came on the heels of TCM’s Star of the Month tribute to Olivia de Havilland in July, so this post was perfectly timed. I have to say, this is probably my favorite post I’ve written on my blog, I really enjoyed chronicling Olivia’s career and how it led to the De Havilland Decision.

The Fashionable Friendship of Audrey Hepburn and Hubert de Givenchy

Another entry for The Classic Movie History Project, one that I decided to do after I saw there were only one or two other people covering subjects revolving around costume and set design. I’ve always been entranced by Audrey Hepburn’s style (as most anyone else is), and I loved learning more about her developing fashion sense and the beautiful friendship she shared with Hubert de Givenchy.

Last year I didn’t get around to participating in the Summer Under the Stars Blogathon as I would have liked to (at the time I had never written for a blogathon so I guess I was hesitant). So I was happy to join in on the fun this year with seven entries! TCM’s Summer Under the Stars program is one of the things I look forward to every year, and writing a few supplement posts made it all more enjoyable, especially since I wasn’t able to watch as many movies this year as I usually do. I don’t have a particular favorite entry for this blogathon, but this link leads to all seven of my posts (plus some other ones).

Anyway, thanks to all who host these marvelous blogathons and to anyone who stops by my blog to read what I write (I really write for my own enjoyment but it’s nice when someone else enjoys it too). Here’s to another great year of blogging!

6 thoughts on “My First Year with Blogathons”